Immigration is an Education Issue

I just watched The Class, an autobiographical sketch of a French school teacher. In one scene the teachers discover that a student’s mother was just arrested and faces deportation. The teachers take up a collection to pay for her legal fees. As I watched this, I was reminded of a student who met with me this week to get advice on college and scholarship applications, a particularly touchy subject as his mother was deported last year. He is currently living with a sibling and has no money for college.
His older sibling was a former student of mine. I knew the family. Yet I never heard about the deportation until a year after the fact. There was no discussion at my school. No outcry. No passing of the hat. Not even a heads up from the counselors that he might be distraught. (They were probably in the dark as much as I was). 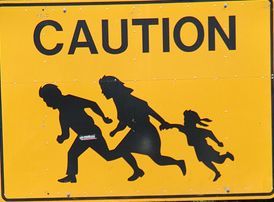 In California, Latino students now make up over 50% of the student population. Caucasians are less than 30%. Close to 13% are Asian and Pacific Islander, while the remaining 7% are a mix of African American, Native American and other ethnicities. With numbers like these and ongoing raids by ICE, one would expect that students routinely lose parents to deportation. In Texas, over 45% of students are Hispanic and 3% Asian. In New York, over 20% are Hispanic and 7% are Asian. In Florida, close to 25% of students are Hispanic.
Posted by Anonimo