Massacre in Dearborn--Today In Labor History

March 7, 1932 - More than 3,000 people, auto workers marched on the main Ford plant in Dearborn, Michigan, demanding jobs for laid off Ford workers, a slowdown of the company's assembly line and a halt to evictions of unemployed workers from their homes. A fight broke out and police opened fire with machine guns. Four marchers were killed and 60 were wounded. The "Ford Hunger March" became a symbol of resistance to the capitalist system during the depths of the Great Depression.

March 7, 1937: The Steel Workers Organizing Committee , which ultimately became the United Steel Workers, signed its first-ever contract, with Carnegie-Illinois, for $5 a day in wages, benefits on 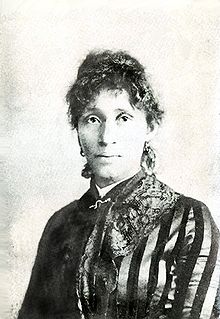 March 7, 1942: IWW founder and labor organizer Lucy Parsons died. Lucy Parsons was born a slave to parents of African-American, Native American and Mexican ancestry. She married Albert Parsons, a confederate soldier, in Waco, Texas. The two later moved to Chicago to escape the prejudice and racism of Texas. There they became active in the Anarchist movement where they organized for the 8-hour day. They also organized on behalf of the homeless, political prisoners and women. Her husband was railroaded in the aftermath of the Haymarket affair and later executed. Lucy continued her militant labor organizing for the rest of her life.
(From http://www.unionist.com/big-labor/today-in-labor-history)
Posted by Anonimo