Work Is A Debilitating Disease

I was visiting a friend recently and noticed a sphygmomanometer on his dining room table. “My blood pressure is really f’ed up,” he said.
This guy is in his early 40s, a nonsmoker, not overweight, exercises regularly, or at least he used to. Now he has no time to exercise at all, and little time or energy to spend with his family. On top of that, he’s only sleeping a few hours a night because of the stress at work.
“Work’s been kicking my ass, lately,” he explained. “There’s nothing I can do to satisfy my boss. She has me going to meetings on weekends, giving presentations at night, managing a bunch of other people, but with no authority if they flake out or bumble. It always comes back on me.”
Work, The Silent Killer
His working conditions are not unlike those of millions of others. He works far more than 40 hours a week and has little control over much in his work environment. If the boss says jump, he knows he must, or risk losing his job, yet he can never jump high enough, fast enough or long enough to get a break, compliment, raise or promotion. He also has no union or grievance policy at his job. On top of that, he has a family and mortgage that depend on his income, so he can’t simply quit, which makes him feel even more trapped and at the mercy of others.
Few people ever experience kidnapping, yet most of us experience some lack of control at work and in life, in general. The effects on the body and mind are similar, particularly because that sense of being boxed in and helpless can continue for a lifetime. It causes the overproduction of the stress hormone cortisol, which speeds up the heart, impairs memory and the immune system, and can lead to hypertension, heart disease, diabetes and cancer.
Those of us with low or medium status jobs often find that we have multiple bosses who sometimes give us contradictory orders. Teachers, especially, often find themselves in the position where they are expected to follow Ed Code, and state and regional laws that conflict with each other, and balance the competing demands of administrators, parents, departments and professional integrity. However, the degree of control at work tends to be proportional to one’s income and job status. The lowest wage workers have the least control at work and, not surprisingly, the poorest health outcomes. People of color also tend to have worse health outcomes and stress due to both overt and subtle forms of racism they experience on a daily basis. For example, each time someone gets eyed suspiciously in the store or on the street can cause their cortisol levels to rise. 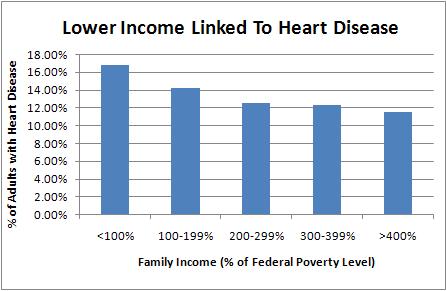 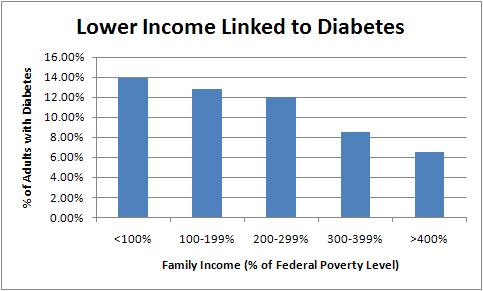 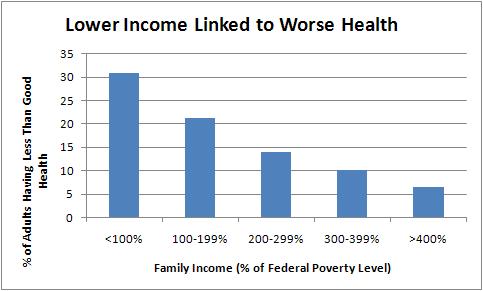 The data above comes from the Unnatural Causes video website. I highly recommend this video series.
Work, The Noisy Killer
Of course work does not just kill people slowly and quietly by aggravating their stress and their hypertension. People also die and get injured pretty regularly while on the job. In 2009, according to the Labor Department’s Bureau of Labor Statistics, there were 965,000 workplace injuries serious enough to force people to stay home from work, including 379,000 sprains, strains and tears, and 195,150 back injuries. There were 4,551 deaths on the job in 2009, 4090 of which occurred in the private sector, which should tell us something about the logic of allowing the private sector to police itself.
Union Busting Through Safety Violations
Workplace injuries occasionally happen because of worker carelessness or because they were inebriated. However, the majority of workplace injuries happen because bosses do not maintain safe workplaces and equipment. They ignore safety regulations, fail to upgrade or repair damaged equipment, or speed up production to unsafe rates. They do this to increase profits and workers often accept it as a fact of life. Unions sometimes accept these practices as a quid pro quo for not laying off more employees. However, this is a mistake that trebly harms workers. First, it increases the chances that someone will die or be injured on the job. Second, speedups increase profits for the bosses, yet these profits are almost never passed down to the worker in wages, bonuses or comp time. Thus, workers are risking their safety entirely to make their bosses wealthier, and getting nothing in return and they are facilitating the demise of their own jobs as speedups reduce the number of employees necessary. Third, speedups and dangerous working conditions increase fatigue, stress, anxiety, making it harder to get workers to meet outside of work to discuss their plights, organize, and fight back.
Posted by Anonimo