Bayer: For A Better Life (Unless You Happen To Work There)

Bayer Pharmaceuticals AG is a multi-billion dollar pharmaceutical company based in Germany. Their motto is: Science—For A Better Life. 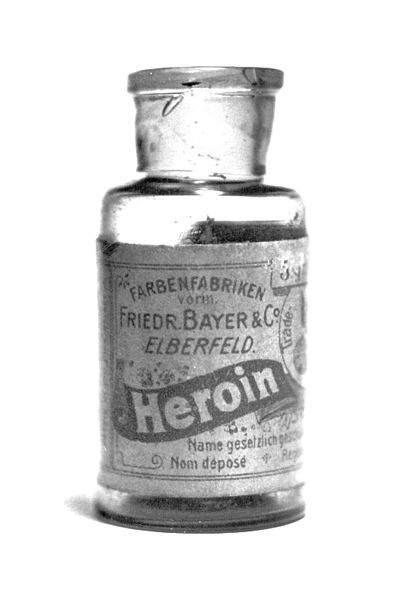 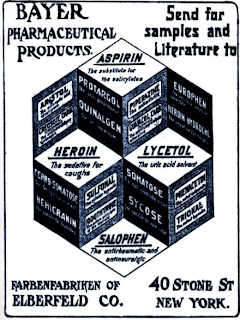 Bayer is most famous for aspirin. However, they also once marketed heroin as a "safe, non-addictive" morphine substitute. Nowadays, their biggest profits come from more modern drugs, like Kogenate (to treat hemophilia), which brought in $1.45 billion in 2010, according to the Bay Citizen.
Bayer Healthcare Pharmaceutical in Berkeley is a subsidiary of Bayer AG in Germany. In August 2010, 29 union members were laid off, with an empty promise that they might be rehired when times got better. That offer seemed to materialize in May for ten of the workers, just in time to preserve their seniority rights. However, Bayer suddenly pulled out of the deal, saying that in fact there were only two jobs available. The others could get rehired in the future, but their seniority rights would be expired by then, likely forcing them to accept lower pay, benefits and job security.
The ILWU, which represents the workers, asked Bayer to extend the “recall rights” for another 90 days, but Bayer did not respond for several weeks. When they did reply to the offer, they said they would extend the rights, but only if the union fast tracked approval for the new contract by August 24th, 2011, and accepted Bayer’s right to contract out janitorial services to nonunion employees, thus eliminating many of the jobs in question.
The Bay Citizen quoted Bayer’s director of public policy and communications, Sreejit Mohan, saying, “We just want to be seen as fair to our employees.”
Of course these are crocodile tears. Bayer, like all companies, is most concerned about being seen as fair to their shareholders, with employee wellbeing being fairly low on their agenda. If they really wanted to be seen as fair to their employees they would make them all equal stakeholders in the company, with pay and decision-making responsibilities commensurate with the bosses. (Nikolai Chernyshevsky’s 1863 novel, “What Is To Be Done?” portrayed such an arrangement). Short of this, they could offer generous remuneration, job security and safe working conditions and perhaps then be seen as less evil than other bosses.
The struggle at Bayer does not affect only its workers. In order to keep the company in Berkeley, the city extended its enterprise zone to include the 43-acre Bayer facility, making the company eligible for $10 million in state tax breaks, essentially a gift from taxpayers that allows its executives to pad their paychecks. Yet at the same time, taxpayers must also foot the bill for the laid off workers’ unemployment benefits and potentially other services, as well, like health care if they end up in an emergency room without insurance.
Meanwhile, profits are up. The company has plenty of money not only to retain the employees, but to offer them generous raises. Of course that would mean less money for the bosses’ salaries, which have been growing so fast that they now average 325 times their average employees’ wages. Two years ago the gap was only 263 to one. (See “Rich Get Richer”). The proposed contract does include modest raises of 3.1% to 3.4% each year for the next four years (for those who still have jobs), but it also requires workers to pay a larger share of their health care costs, thus keeping take-home pay stagnant or causing it to decline.
Posted by Anonimo