America Eats Its Young (And Some Of Its Old) 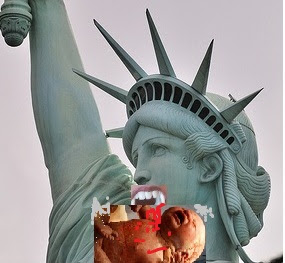 One out of every 13 California seniors aged 50 or older is at risk of hunger, according to a recent report the AARP Foundation (American Association of Retired Persons) reviewed in the Bay Citizen. However, according to the Columbus Dispatch, a similar number (7.5%) of seniors is at risk of hunger nationally. There has been a 79% increase in elder hunger over the past decade, with the greatest increase occurring between 2007 and 2009.
The seniors who are most at risk, not surprisingly, are the poor, blacks and Latinos, and those with few family connections. According to the Dispatch, only 2% of white seniors faced constant hunger, while 7% of black seniors did.
As disturbing as these numbers are, it is important to place them into the proper context. According to the USDA, 85.5% of American households were food secure throughout the entire year in 2010, meaning that they had access to sufficient food for all members of the household to live healthy and productive lives. This means that 14.5% of American households were not food secure, nearly double the rate for seniors, suggesting that as poor and hungry as our seniors are, the young are even worse off. According to the report, children were insecure at some times during 2010 in 9.8% of households, which was down slightly from 10.6% in 2009.
However, even these data do not reveal the full extent of the problem. Considering that many families have several children, the 9.8% of households with hungry children probably had several hungry children, or a rate of childhood hunger far higher than 9.8%. Indeed, according to the Feeding America website, 20% of the children in 40 states lived in food insecure households (32.3% in Washington, D.C. and 29.2% in Oregon) in 2009. Others report that as many as 1 in 4 American children go to bed hungry on a regular basis.
Of course it is deplorable that anyone is going hungry in what most Americans consider the richest and greatest country in the world. It is even worse that we allow our most vulnerable to starve. Yet, even with the increase in elder poverty and hunger, older Americans on average are still getting wealthier on the backs of younger Americans. Census and Pew Foundation reports indicate that while the incomes and wealth of younger Americans have stagnated or declined over the past few decades, those for baby boomers and the elderly have been increasing (see “Kid Janitors Don’t Solve Poverty,” by Mike Males). This has occurred through legislation, changes to the tax structure, cuts to social programs and general wage declines, particularly for those just entering the workforce.
This has resulted not only in a net decline in wealth and income for young adults, but hunger and privation for their children, since they are the one who are having children. However, the cuts that have allowed older Americans to increase their wealth have also affected low income seniors and they are hurting, as well (just not to the same extent as children and young adults).
Posted by Anonimo