A group of scientists is preparing to publish research on how they created a man-made version of the H5N1 Avian Influenza virus that could potentially wipe out millions of people, the Daily Mail reported this week. (An article on the research was also published in the journal Science this month: vol 334, No. 6060, p1192-3, December 2, 2011).
The naturally occurring H5N1 is deadly enough, with a human mortality rate of 60%. Fortunately, it is not easily transmissible between people, keeping the morbidity (infection rate) extremely low (less than 1,000 cases world-wide). Virtually all human cases so far have resulted from direct contact between people and infected animals. However, scientists have feared that the existing strains of H5N1 could easily mutate or pick up new genes through genetic reassortment, making the virus easily transmissible between people and potentially catastrophic.
The new lab-created virus is precisely this: a genetically altered version of H5N1 bird flu strain that is easily transmissible between ferrets. Almost all known influenzas that are transmissible between people are also transmissible between ferrets, making them good animal models for studying human influenzas. Thus, the scientists believe their altered strain is also transmissible between people.
If this strain were to escape the lab, accidentally or maliciously, hundreds of millions of people could die. The 1919 flu pandemic killed between 50 and 100 million people at a time when the world population was only a fraction of its current size and when plane travel was relatively uncommon. Exacerbating conditions today are the growth of mega-slums (like in Mumbai, Kinshasa, Cairo and Port-au-Prince), with hundreds of thousands of people living crammed together, and the growth of mega-farms, with tens of thousands of animals living crammed together, often near densely populated cities. 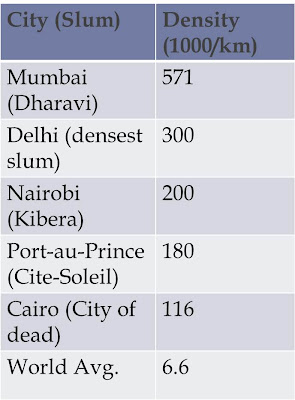 Many scientists are saying that the research never should have been done and the results should certainly not be published because it would provide access to terrorists. In fact, one scientist, Paul Keim, from the U.S. National Science Advisory Board for Biosecurity (NSABB), said he couldn’t think of another pathogen as scary as this one, adding that anthrax isn’t scary at all in comparison. Others believe the research was a necessary breakthrough in understanding how the virus evolves and that it could provide important clues for veterinary and viral monitoring and vaccine development. The risk of a naturally occurring deadly influenza pandemic is real, relatively high and a far bigger threat than a terrorist-created strain, some virologists have argued, thus justifying such research.
The research team, led by virologist Ron Fouchier of the Erasmus Medical Centre in the Netherlands, found that just five mutations were sufficient to make the virus spread more easily. Similar data was uncovered by another team of researchers from the University of Wisconsin and the University of Tokyo. Fouchier’s alterations made the virus easily spread through the air without reducing its lethality, Scientific American reported.
The NSABB is reviewing both papers, but does not have the authority to block publication. It could ask journals not to publish or recommend that key details be left out of any possible publication so as not to give a roadmap to potential terrorists.

For a more light-hearted look at avian flu, check out the Mad TV parady: Big Bird Flu
Posted by Anonimo