A GOP- and venture capitalist-backed initiative to limit union spending on elections has collected sufficient signatures to make next year’s November ballot in California, according to the Sacramento Bee. The bill would prevent unions and corporations from using automatic payroll deductions for funding candidate-controlled committees. However, the bill primarily targets public sector unions, leaving large loopholes for corporations, which outspent unions by a ratio of 15 to 1 over the past decade, even without this new law.
California Teachers Association President Dean Vogel complained that the new law would only worsen the political spending gap between Wall Street and unions. “We can’t create a better future for our students and our state by silencing the voices of California’s working class—especially teachers, firefighters, police and nurses.”
The problem is that working people need far more than a voice—they need real power, something they already have through their ability to withhold their labor. Direct Action (e.g., strikes, slow-downs, work-to-rule, boycotts) is far more powerful than campaign contributions as it puts pressure directly on employers, rather than indirectly through legislators. Unfortunately, this power is largely ignored by the unions, which rarely strike anymore, devoting far more resources to political campaigns than to organizing, educating and mobilizing their members. Yet these are the key building blocks necessary for successful job actions.
While it could be argued that preserving the automatic payroll deduction is better than losing it, as it gives unions a “fighting chance” against the corporations, this is hardly an inspiring or compelling argument, as it merely ensures that workers’ voices remain 15 times less audible than their bosses’ because of the campaign spending gap. It is also pretty convoluted, as it is a de facto acceptance of a system in which union members are compelled to “donate” money from their paychecks whether or not they want to, so that union representatives for whom they did not necessarily vote can give money to political campaigns they do not necessarily support, in order to elect political representatives who may (or most likely will not) vote for legislation that might or might not help them. And even then, the legislation might not even pass.
Workers are much more likely to get their interests met by going directly to their bosses and backing their demands with the threat of a strike. This method has fewer middle men and steps and it directly empowers workers.
Political Action is a Dead End for Working People
While labor can sometimes get “their guy” elected, they will never be able to get enough of “their guys” into office to make any significant impact. In the long term, labor can never win the campaign financing game. The corporations and the wealthy have far bigger war chests, and always will, so long as an economic system persists that allows the few to get rich by paying their employees a fraction of the value of their labor.
Ironically, and against their own economic interests, workers indirectly help fund the same political campaigns supported by their bosses, since their bosses’ ability to fund campaigns comes from underpaying their employees. Employees of Koch Industries, for example, contributed to the campaign of Wisconsin Governor Scott Walker simply by working for the Koch brothers, who used their profits to help get Walker elected and push his union-busting legislation.
Union activists have argued that this is exactly why they must use their members’ dues to support pro-labor candidates, that this is the only foil to the union-busting efforts of the right. This simply is not true. The best foil to union busting is a strong labor movement that is willing and able to quickly mobilize direct actions that halt profits and force the bosses and/or politicians to back down. This can only happen through organizing, not through political action. At the same time, this argument—that the union bosses must take a cut of workers’ paychecks without their consent in order to counter the political effects of the money stolen from their paychecks by the bosses—is completely irrational and does not inspire much trust or faith in the union and probably contributes to the declining public support for trade unionism. 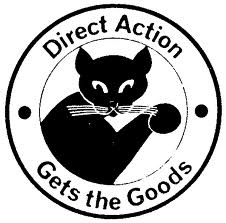 Campaign funding by unions can be alienating and divisive. Many workers do not want their dues spent in this way at all. Others may support different campaigns and candidates than their unions. And the decisions on which campaigns and initiatives to support are generally made from the top down, without rank and file input. All of these factors have the potential to weaken workers’ support for their unions, thus undermining future efforts to mobilize them for protests, pickets and strikes. This is one of the reasons why the Industrial Workers of the World (IWW) eschewed political action not long after its founding, emphasizing direct action instead.
Campaign funding is also a phenomenal drain on union resources for an incredibly indirect and fickle goal: getting someone elected who might propose and vote for a modest reform that might not even pass. If unions spent the same time and money on organizing, educating and mobilizing their members, strikes and other direct action tactics would be far more common and far more effective, not only at winning grievances against specific employers, but also at influencing public policy, potentially even leading to the prevention or termination of wars.
The biggest problem with unions’ obsession with political action, however, is their incorrect presumption that the political system truly is “of, for and by the people,” and that they merely need to get “their guys” elected in order to achieve the American Dream. According to this logic, if we get enough of “our guys” elected, the laws will be changed to benefit us and everyone will become a member of the middle class, with material security, home ownership and access to the good things in life for all.
However, even if a majority of Congress was pro-labor—which could never happen because the capitalist class would never permit it—inequality would still persist because the fundamental relations between bosses and workers would remain unchanged. Workers would continue to have to sell their labor to the bosses at whatever price bosses were willing to pay. Bosses would continue to make huge profits by selling their goods and services for far more than they paid their workers. The wealthy would retain control over the machinery of production, with the power to hire and fire. Workers would therefore have to continue prostrating themselves out of fear of being fired, leaving them without any control or influence over their working and living conditions. The fundamental laws of the land would remain unchanged, thus ensuring that private property and profits remain sacrosanct in the courts and Congress, and dominant over human needs.
Contrary to popular belief, the political system never really was “ours” to take back. It is and always has existed to serve the interests of the wealthy and promote the profitability of their businesses. On the rare occasions in which laws have been passed that seemed to benefit working people, as has been claimed for the National Labor Relations Act, these laws were merely social bandages designed to mollify the working class and get them back to work after periods of protracted strikes and unrest. They were not the result of “our guys” being elected and acting in our interests, and certainly not a solution to inequality and exploitation. Unemployment, poverty, homelessness and other social ills continued to plague society.
As the Wobblies noted in the preamble to their constitution back in 1904: 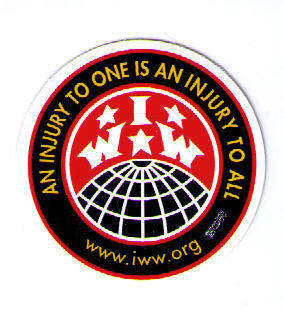 The working class and the employing class have nothing in common. There can be no peace so long as hunger and want are found among millions of the working people and the few, who make up the employing class, have all the good things of life . . . [The] struggle must go on until the workers of the world organize as a class [and prepare] not only for everyday struggle with capitalists, [but] take possession of the means of production [and] abolish the wage system.