April 18, 1857 - Clarence Darrow was born. Darrow was the lawyer who defended Eugene V. Debs and the Wobblies, as well as John Scopes, the teacher who was prosecuted for teaching evolution in the famous "Scopes Monkey Trial." (From Workday Minnesota)
April 18, 1888 - The 260 women laborers at Shotwell, Clerihew & Lothman walked out of the clothing factory in downtown Minneapolis to protest a pay cut. They became known as the “striking maidens of 1888,” inspiring women in the cause of social justice. (From Workday Minnesota)
April 18, 1908 – The IWW poem We Have Fed You All For A Thousand Years was published in the Industrial Union Bulletin. (From the Daily Bleed and the IWW)
We have fed you all for a thousand years
& you hail us still unfed
Though there's never a dollar of all your wealth
But marks the workers dead
We have yielded our best to give you rest
& you lie on crimson wool
But if blood be the price of all your wealth
Good God we have paid in full...
April 18, 1912 – The National Guard was called out against striking West Virginia coal miners, initiating one of the most violent strikes in the nation's history (50 people were killed). UMWA miners were demanding to be paid the same as other area miners in the area and to have their union recognized. (From the Daily Bleed) 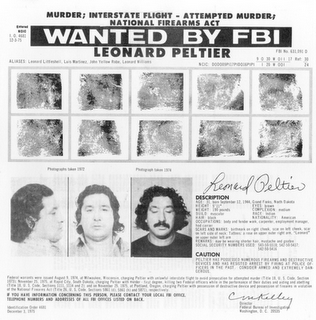 April 18, 1977 – Native American activist Leonard Peltier was found guilty of murdering two FBI agents, in a kangaroo court dead set on locking the American Indian Movement activist up for life. Government witnesses testified that he was not even present at the scene of the killings. He was framed by undercover FBI agents who were present on the reservation to conduct counterintelligence. (From the Daily Bleed and the Leonard Peltier site).
Leonard Peltier is still in prison and his health is deteriorating. There is a petition to get him transferred from prison to Mayo clinic in Minnesota.
Posted by Anonimo