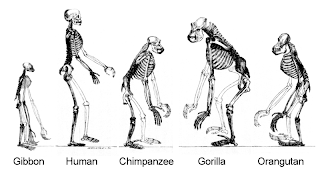 The result is that few U.S. high school students are really being taught evolution in an accurate or comprehensible way. Not only is this unfair to students who graduate believing they have mastered biology, when many have not, but it is a violation of teachers’ responsibility to accurately teach the content standards, including the scientific process (how scientists obtain data, analyze it and determine the validity of their hypotheses).

Here are some of the details from Strauss’ article:
This is Not Simply a Problem of Religious Teachers Refusing to Do Their Jobs
Just like a Christian pharmacist should be required to sell all legal drugs, including birth control, a Christian biology teacher should be required to teach the content standards, including evolution. However, the problem is not just an issue of religious activists deliberately refusing to do their jobs. For some teachers, the last two examples above (e.g., “you don’t have to believe; just know it for tests” and “you decide what to believe”) may result more from a desire to respect their students’ cultural and religious beliefs and not insult or alienate them, than from their own religious biases or activism. I regularly have students tell me that they don’t have to learn evolution because it’s against their religion. My response is, “Well, actually you do. It is an important part of biology and it is in the content standards. Furthermore, it is impossible to understand other parts of biology without a foundation in evolution. Evolution helps scientists to develop new medicines, understand certain diseases and even make predictions about climate change.”
My response is not insulting or demeaning, nor does it undermine the science by implying that evolution is just one of many explanations that one can choose to believe, or not. On the contrary, it emphasizes that evolution is a lynchpin of biology, not just a stand-alone branch of the discipline. It is important to emphasize that evolution can be taught and misconceptions about it can be corrected, without engaging in the kind of hostile and insulting discourse expressed by people like Richard Dawkins. This sort of behavior probably does more to shut down students’ curiosity and openness to new ideas than to dispel their faith-based misconceptions.
In order to correct misconceptions is important to clarify the scientific process, particularly the meaning of the word “theory,” which many people misuse to mean “belief” or “opinion,” rather than its actual scientific meaning: “fact, based on a collection of related hypotheses that have been repeatedly verified.” Also, before I even get into the nuts and bolts of evolution, I emphasize the distinction between the scientific process, which is evidence-based, and faith-based thinking, where one believes without (or despite) evidence. I even go so far as to tell students that in certain circumstances faith-based thought is sometimes the most effective way to think (for example, having faith in oneself can help one remain motivated and focused during sports or academic challenges), but that in science, evidence is required, lots of it, and it must be verifiable by independent researchers using controlled experiments. Faith that a scientific hypothesis is right (without evidence) can lead to deadly consequences.
Another problem is that many science teachers have little or no experience doing “bench” science, having earned a degree in biology and then a teaching credential without having worked in a lab. As a result, they sometimes do not fully understand the scientific process themselves. For example, many cannot explain why a randomized, double blind, controlled study is more compelling than anecdotal evidence. Even doctors sometimes have this problem. Consider all the times you have heard doctors give advice based on their anecdotal experience with other patients.
Many Americans (including some biology teachers) do not truly understand evolution, making it difficult to believe and even harder to teach. This is due in part to the considerable misunderstandings and oversimplifications that are perpetuated in our culture (e.g., “we came from monkeys,” which implies that monkeys gave birth to humans or had sex with humans; in contrast to the idea that we share a common ancestor).
Even without the misconceptions, evolution is not an easy theory to understand. For example, the idea that an organ as complex as the human eye could be the result of random mutations and natural selection seems really far-fetched, until one realizes that the rudiments of vision, proteins that sense and respond to light, have existed for millions of years and have been utilized in sensory organs of animals that existed long before the evolution of the modern eye. It is also difficult to really get a handle on the slow rate of random mutations and how they can accrue in organisms without some background in biochemistry. For example, I don’t think that most biology teachers understand or teach that human DNA polymerase, the enzyme that builds new DNA molecules during replication, has a natural mutation rate of about 10-8.
Of course none of this is to say that there aren’t creationist biology teachers who deliberately try to undermine the teaching of evolution. A recent Gallop poll shows that 40% of Americans believe in young Earth creationism (i.e., the Earth and all its life were created by God 10,000 years ago), while another 38% believe in a form of evolution with God playing a role in it. No doubt some of these folks have made it into biology classrooms as teachers.
Posted by Anonimo