January 19, 1915—Joe Hill was arrested on this date in Salt Lake City and later convicted on trumped up murder charges. He was executed 21 months later despite worldwide protests and two attempts to intervene by President Woodrow Wilson. In a letter to Bill Haywood shortly before his death he penned the famous words, "Don't mourn - organize!" (From Lutins.org, Wikipedia, Joe Hill Project) 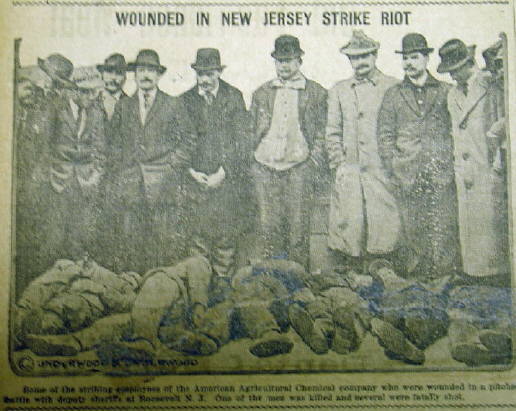 January 19, 1932 – An armed miners' uprising occurred in Barcelona region as part of the general anarchist uprisings in Catalonia. "Libertarian communism" was declared, including the abolition of money and property, followed by general strikes and armed uprisings throughout Spain for the next five days.
Posted by Anonimo